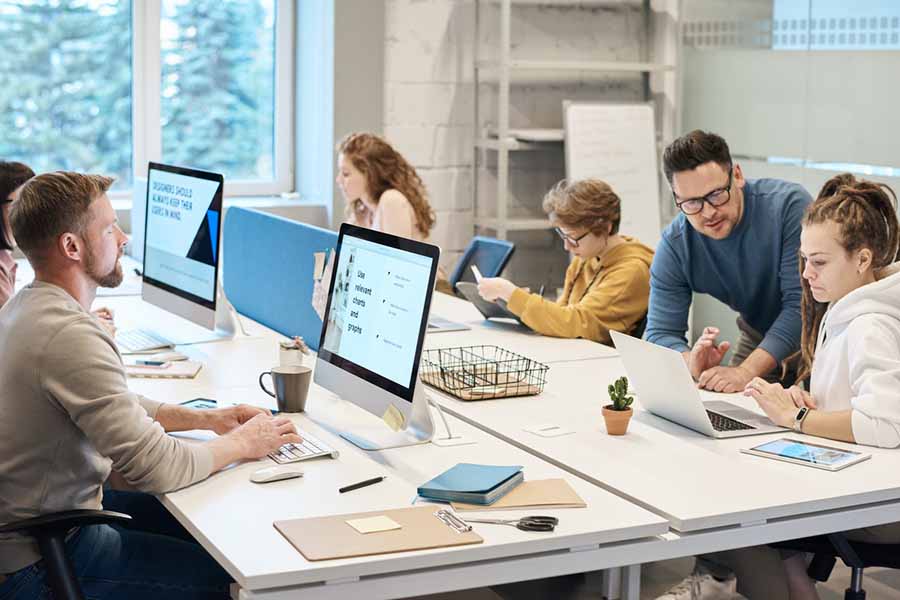 Dream jobs have changed over the years. If you asked someone about their dream job 50 years ago, you might have gotten answers that included careers like doctor, lawyer, or Wall Street guru.

20 years ago, as the millennial generation started dreaming of what they wanted to be when they grew up, the answer may have been astronaut, scientist, photographer, or artist.

The Internet Age has given birth to a whole new generation of dream jobs. These new career options offer flexibility and entrepreneurship, rather than the rigid schedule and 'ladder climb' of the more traditional career. Here we've collected the 5 top dream jobs in the Internet age.

Everyone has a story to tell, but for the longest time, the authors of those stories were limited to those who had the knowledge and fortitude to navigate the publishing industry.

The Internet, specifically self-publishing platforms like Amazon.com, has made writing a much more approachable career. Instead of writing on strict deadlines and sending out manuscripts to dozens of publishers just hoping for a bite, you can now write, edit, and publish on your own without the need for a third-party publisher.

Even creating print copies is easier than ever before. If you need a good cover and don't have the artistic skills to make it, simply commission one from any of the thousands of cover artists who market their work via social media. Thanks to the Internet, writers are no longer tied to traditional publishing houses.

No, we're not talking about being Instagram-famous or taking 'artsy' black and white pictures of lawn chairs with your cell phone.

Photography does require a bit of skill and a lot of patience, but it's not something that requires a degree or the money to open a studio anymore.

Today's modern Internet Age photographers use the world as their studio, offering photoshoots in beautiful outdoor locations or indoor public locations where available.

Like traditional photography, this career does require a bit of an initial investment in terms of equipment and software, but a skilled photographer can make their equipment pay for itself.

How many of you wanted to be Clark Kent or Jimmy Olsen growing up? Not Superman, but actually be the reporter who chased stories, found out what was going on, and lived their life in a bustling news bullpen?

Second, it's cheaper because freelance journalists are often paid only for the stories they write and submit, rather than being kept on salary.

The arrangement benefits both parties.

Paydesk is an excellent place to begin your freelance career as a journalist.

There is a reason that the stereotype of the 'starving artist continues to hold a place in today's pop culture: becoming an artist used to be complicated. If nobody saw your artwork, it wouldn't matter if you were the next Da Vinci or Van Gogh.

Today, with some skill and a couple decent social media accounts, it's much easier for artists to get their artwork into the right hands.

Selling commissioned art is much easier as well. Not only can the transactions be handled securely through sites like PayPal, if necessary, but the artist can also upload pictures or videos of the work in progress. Sites like deviant Art also provide a great free way for artists to showcase their work.

All of these fantastic Internet Age jobs wouldn't be possible without websites to host on, and that's where programmers come in.

Knowledgeable programmers who can troubleshoot problems, diagnose bugs, and create new websites and programs are always in demand. There can be no global internet economy or without the often overlooked programmer.

It's a lot easier to learn how to program than it used to be. You don't need to enroll in a local college to get all of the knowledge you might need to create someone's dream website or app.

All for free and easily accessible to anyone who's got a computer and basic computer knowledge.

The Internet Age provides many young, career-focused individuals with the flexibility they crave, which is one of the major benefits.

The age of stepping on the person below you to climb the corporate ladder is coming to an end. Internet age jobs are quickly moving in to replace them.

It will be interesting to see which careers move to an Internet-based model in the next 10 years.

Notification
This is just an example, you can fill it later with your own note.
Done